ON THIS DAY IN CAPITOL RECORDS HISTORY
1946 - Tex Williams (on vocals and guitar with Cactus Soldi and Harry Simms on fiddle, Ossie Godson on piano, Pedro De Paul on accordion, Smokey Rogers on guitar and banjo, Spike Featherstone on harp, Deuce Spriggens on bass, and Muddy Berry on drums) records the unreleased track "I Got Texas In My Soul" and "Big Bass Polka" at Capitol Records' studios in Los Angeles, California. Capitol will on release "Big Bass Polka" on Williams' album "Polka!" (Capitol AD-56).
70 Years Ago Today In 1950 - Joshua Johnson (on piano and vocals with Baby Lovett on drums) records the tracks "Battlin' The Boogie", "Ramblin' Woman", "Pile Driver" and "Days When You Feel So Lonely" in Kansas City, Kansas. Capitol Records will release the first and third tracks together as a single (Capitol 1180) and the second and fourth tracks together as a single (Capitol 1396).
1956 - Capitol Records artists Dean Martin and Jerry Lewis make their last appearance as a team with a performance at The Copacabana in New York City, New York 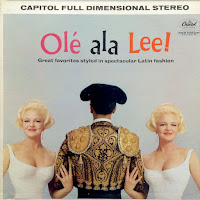 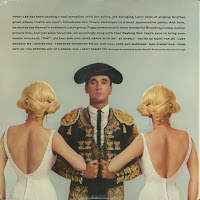 ON THIS DAY NOT QUITE IN CAPITOL RECORDS HISTORY
1939 - Future Capitol Records artist Kay Starr begins a brief stint with Glenn Miller and His Orchestra with a radio broadcast at the Glen Island Casino in New Rochelle, New York. During that week that Starr, with Miller, has her first recording session, waxing the tunes "Baby Me" (which she sang on the radio broadcast) and "Love With A Capital YOU" (from the picture "$1000 A Touchdown") which are released as a single on Bluebird Records (#10383).
1959 - Sam Cooke records the tracks "Just For You" and "Made For Me" at The Capitol Tower Studios in Hollywood, California for his own label, SAR Records. The single released using the two tracks will be the only one that Cooke releases on his own label with his name on it and has become one of the rarest of Cooke's vinyl releases to find.
1978 - The motion picture version of "Sgt. Pepper's Lonely Hearts Club Band" opens. I saw it when it opened and it wasn't that bad for a family film. It was kind of fun trying to spot the celebrity cameos and hearing the songs performed by other artists. Hey, it was the late '70s so they could have done a lot worse things to the material (imagine a disco version instead of the mashup of "A Star Is Born", "The Jazz Singer" and "The Music Man").
1988 - Steve Winwood's Virgin Records America single "Roll With It" is #1 on Billboard's Hot 100 Singles chart. I worked on the design of the single's packaging, promotional materials and ads.
1994 - Les Baxter, Capitol Records artist, gives his last live performance. It was part of the Los Angeles County Art Museum's Bing Theater's "Sunday’s At Four " series with the Los Angeles Composers Guild Chamber Orchestra. Les performed two original compositions, "Movement" and "Poem." "Poem" was actually Les Baxter’s original song "Rio" from Baxter's Capitol Records album "Tamboo!". Jeff Chenault has an interview with David Goodman, who was the musical director for the evening, about that show on Chenault's Exoteque Music site.

OBTW
Once again (thankfully), it's my birthday. It's number 60. Therapy begins soon. :)
Posted by PopCultureFanBoy at 2:33 PM