ON THIS DAY IN CAPITOL RECORDS HISTORY
1946 - Frank De Vol conducts his own arrangements to his orchestra (lineup unlisted) as they record the titles "If You Are But A Dream" and "The Breeze And I" in Los Angeles, California. Capitol Records will initially release both titles on Frank De Vol and His Orchestra's album "Classics In Modern" (CC-88).
1947 - The King Cole Trio (Nat "King" Cole on piano and vocals, Oscar Moore on guitar, and Johnny Miller on bass), records the title "Nursery Rhymes (Medley): Mary Had A Little Lamb/London Bridge/Go In And Out The Window/Pop Goes The Weasel", then (with Pinto Colvig adding sound effects) records the titles "Old MacDonald Had A Farm", "The Three Trees", and lastly record the instrumental "Laguna Mood" at Radio Recorders' studios at 932 North Western Avenue in Hollywood, California. Capitol Records will release the first three songs on Cole's album "Nat King Cole For Kids" (DC-89) and "Laguna Mood" as a single (Capitol 15201) with "The Christmas Song" (recorded August 19, 1946, in New York City) on the flipside.
1947 - Vocalist Hal Derwin and His Orchestra (lineup unlisted) record the titles "Home Is Where The Heart Is" and "Kate, Have I Come To Early Too Late?" in Los Angeles, California. Capitol Records will issue both titles together as a single (Capitol 467) and The Armed Forces Radio Service will issue both titles on transcription disc (BML P-880).
1947 - Jan Garber and His Orchestra (lineup unlisted), featuring vocalist Em Reardon, record the title "And Mimi" and "I Still Get Jealous for The Capitol Records Transcription Service probably at "The Chateau" on De Longpre near Vine Street in Hollywood, California.
70 Years Ago Today In 1948 - The King Cole Trio perform in Portland, Oregon
70 Years Ago Today In 1948 - During two sessions held this day for The Capitol Records Transcription Service, pianist Mario Ruiz Armengol records unlisted titles. No issuing information is listed.

1967 - Brian Epstein, a record store owner and the manager of The Beatles, dies of a drug overdose while the band is in Bangor, Wales visiting Maharishi Mahesh Yogi to learn about transcendental meditation
1982 - Prism (lineup unlisted) record the title "We Gotta Get Out Of Here" in (listed as possibly) Los Angeles, California for Capitol Records which has yet to issue the title.

ON THIS DAY NOT QUITE IN CAPITOL RECORDS HISTORY 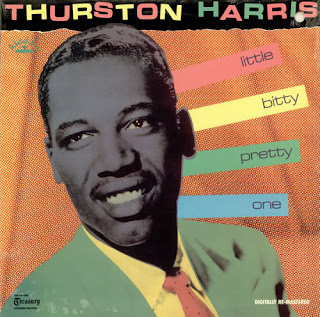 1957 - Vocalist Thurston Harris and The Sharps (vocalists, lineup unlisted but members of Harris' former group The Lamplighters), with Earl Palmer on drums, Plas Johnson on tenor saxophone, and Pete Lewis on electric guitar, record the title "Little Bitty Pretty One" at Masters Recording's studios in Hollywood, California for Aladdin Records. EMI will purchase Aladdin's catalog which will be reissued by EMI-America in the United States and Capitol Records will issue the title on the multi-artist compilation album "Let The Good Times Roll - Early Rock Classics 1952-1958" (SQ-12452). EMI-America will issue the title on Harris' compilation album "Little Bitty Pretty One" (SQ-17237) for which I designed the packaging under the art direction of Henry Marquez.
1965 - The Beatles meet, talk and play music with Elvis Presley at his home in Bel Air, California for the first and only time and later party with members of The Byrds and actor Peter Fonda

ON THIS DAY NOT IN CAPITOL RECORDS HISTORY
1990 - Steve Ray Vaughn, guitarist, is killed shortly after midnight in a helicopter crash after a show in Alpine Valley, Wisconsin at age 45. He is later buried at Laurel Land Cemetery in Dallas, Texas.
Posted by PopCultureFanBoy at 3:04 PM